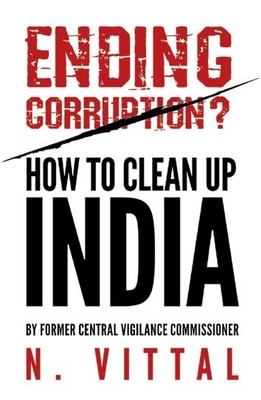 The 2010 mega-scams created a crisis of trust in governance and the leadership. Seeking solutions, N. Vittal analyses the record of the institutions involved and traces the roots of the growing rot to the decline of accountability in public life, the lack overall of transparency in governance, besides general greed and decline in integrity. As a prominent insider in government for over four decades, he believes that greater transparency and use of technology and ensuring there is no alternative can reform our system.

The curb on use of money power in state elections and the 2010 landmark judgement in the case of P.J. Thomass appointment as Central Vigilance Commissioner are such steps. Through greater application of Right to Information, strengthening of watchdog bodies like the judiciary or the Central Election Commission, and choosing people of integrity and commitment to man them, besides an alert civil society and media, Vittal is optimistic of achieving a clean India.